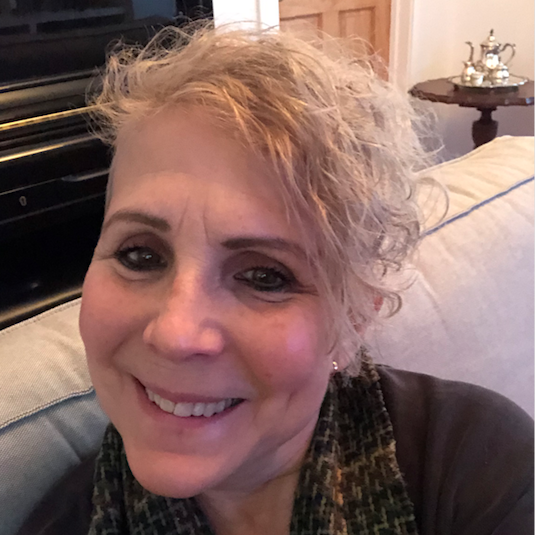 Elizabeth (Liz) grew up in the Washington, D.C. area and moved to Chile as a teenager. She married a Chilean agricultural engineer and had two children before she lost her husband to leukemia.  After a time, Liz went to law school and pursued her legal career for the next 25 years, focusing on prosecution, victims’ rights and social services. She held posts at the Cook County State’s Attorney’s Office, the City of Chicago’s Law Department and the Illinois Attorney General’s Office. Liz also served as the Regional Director for Latin America at International Justice Mission, an agency that works overseas to protect and promote human rights. Her last law-related position was Executive Director at a neighborhood non-profit that provided domestic violence advocacy, housing and senior services. In the last decade, Liz has completed several different yoga teacher trainings and as her law career wound down, she began offering more classes in different studios and health clubs. And after experiencing her own battle with non-Hodgkin’s’ lymphoma, she has a particular passion for serving others who struggle with cancer and other conditions. Liz is thrilled to be part of the Alas board and looks forward to exciting times ahead as Alas carries out its mission.